Coverity Scan is a static code analysis service provided by Synopsys free of charge for open source projects. It detects defects like 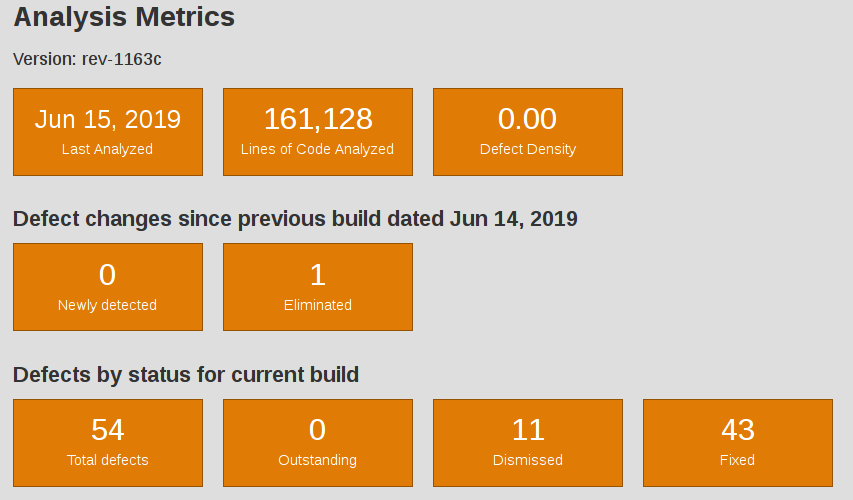 The initial scan done on 2018-09-14 found a moderate number of defects. A closer investigation showed that most of them are indeed bad coding but will not lead to operational problems. However, some of the defects where genuine bugs, which only by chance didn't create malfunctions up to now.

The comment column highlights the few cases where Coverity Scan detected a hard bug which just by change didn't cause operational problems prior to detection by the code analysis.